Cable Bay Walkway is a popular walkway situated in the north of the South Island near the city of Nelson. It passes through rolling hills and sections of native forest, and offers wonderful coastal views of the Boulder Bank, Nelson City and Kahurangi and Abel Tasman National Parks.

This walkway is across private farmland and visitors should take care to use the stiles and gates provided. Toilets are available near the airstrip in the middle section of the walkway, along with seats and an interpretive panel about the area.

Cable Bay Walkway can accessed from Glenduan, at its southern end, or Cable Bay, at its northern end. It is steep in places and hardy footwear should be worn.

No dogs. Track closed each spring for lambing – from 1 August to 10 October inclusive.Respect the stock and farm property. Be wary of sudden weather changes. Light fires only in designated areas. No camping. 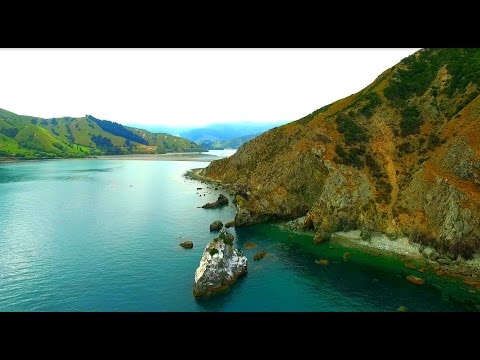 Total 5 videos and photos. Click image above to view them all.